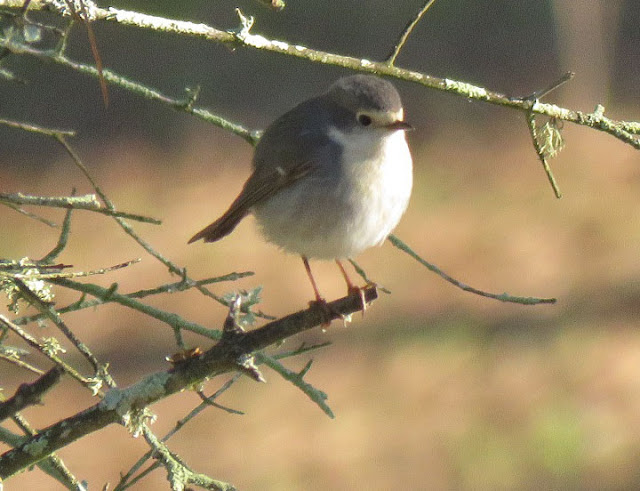 The bird remained at its site from 28-30.12.2019. And beyond an aberration in a Robin coloration, he wondered if those bluish tones may have something to deal with some kind of hybridization with another species.

Indeed, as he pointed out regarding a previous observation of a bird in the UK this bird is a ‘Grey’ schizocroism mutation affecting one of the species pigments, the phaeomelanin. And the bird is indeed a Robin (Erithacus rubecula).

As Van Grouw (2006) -excerpt below- stated in his clàssic reference on colour aberrations (Not every white bird is an albino: Sense and nonsense about colour aberrations in birds,Dutch Birding 28), this lack of reddish tones are related to the lack of phaeomelanin which formation is genètic based. Hence, a mutation – rare- causes these cold-looking birds:

Not every reddish coloration is a result of carotenoids; for the orange-brown breast in European Robin Erithacus rubecula are caused by a melanin.

Two types of melanin are present in birds: eumelanin and phaeomelanin. In a high concentration, phaeomelanin is responsible for reddish-brown feathers,

The melanin formation process is determined genetically. Any aberration in the process has a potential influence on the colours of a bird.

Phaeomelanin is responsible for red-brown pigments. The diferent shades of this pigment as the human eyes see it from deep red-brown to yellowish-cream, also depend on the concentration.

Schizochroism is defined as the absence of only one of both melanins. Two forms of schizochroism can be distinguished,

Grey is defined as a complete reduction of phaeomelanin (non-phaeomelanin schizochroism). In this mutation, the plumage only contains the black/grey and brown eumelanin. When phaeomelanin is absent (grey), only black-grey and dark brown colours will be visible, the red-brown to yellowish-cream colours having disappeared.

In any case, a very rare mutation and a very nice-looking bird, a Robin coming from the cold! All photos © José Luís Anguita. 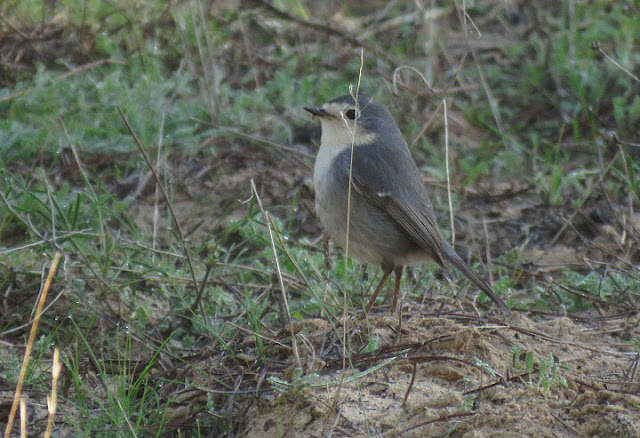 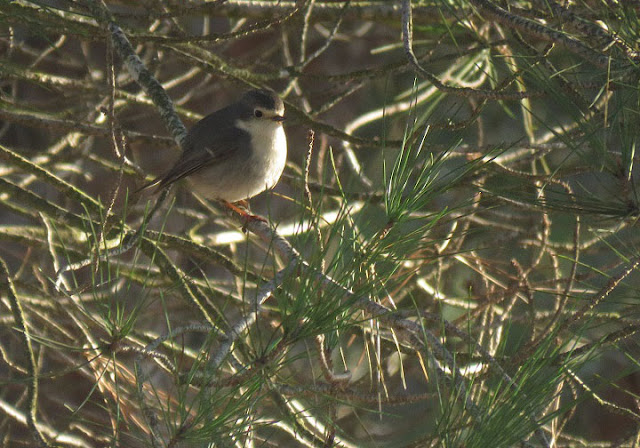 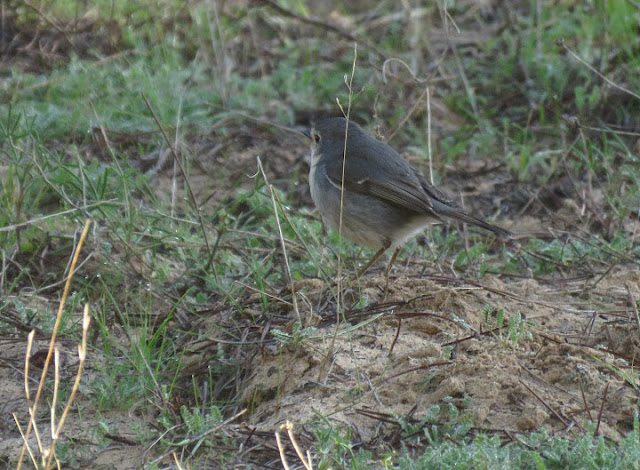 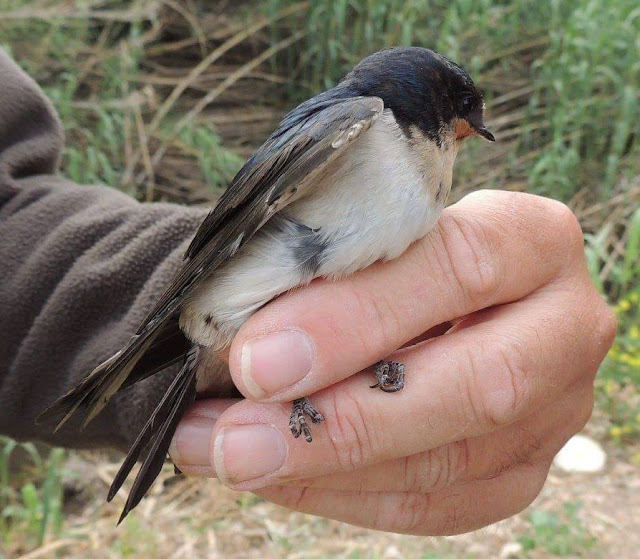 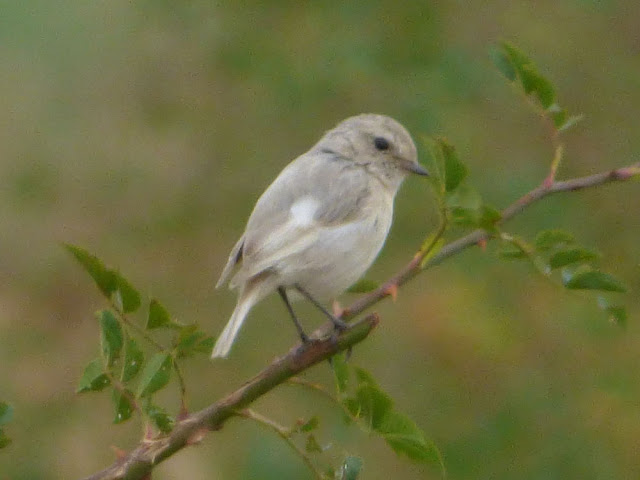