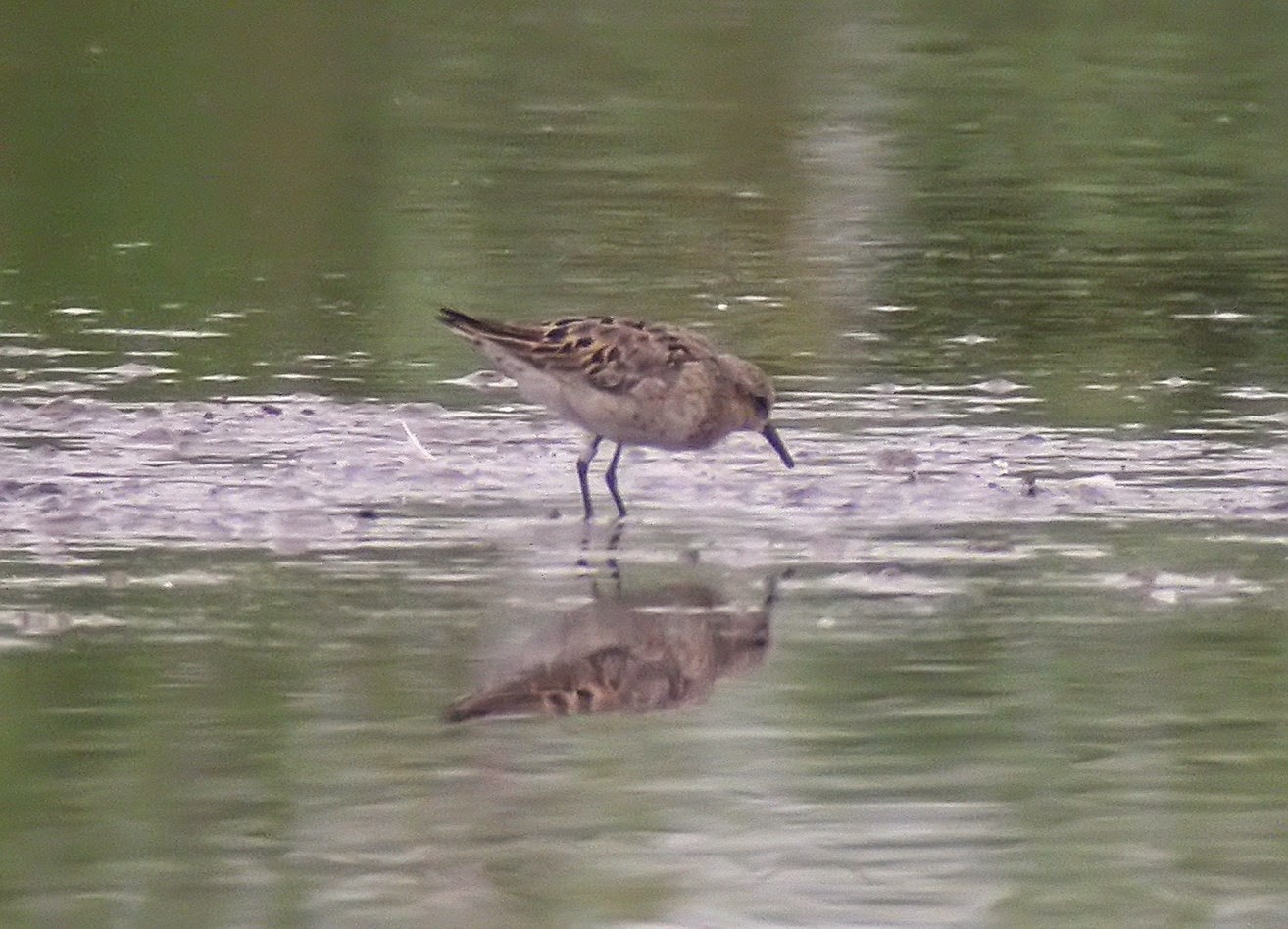 by Toni Alcocer On 31 August 2014 Toni Alcocer found an odd Calidris minuta within Tancat de la Ratlla Nature Reserve, at Silla, Albufera de Valencia Natural Park. He was able to take four photos of what apparently recalls an adult Little Stint ( Calidris minuta ). Another obsever, Gonzalo, shared the moment. The bird however does not look as a typical minuta , and shows some subtle structural differences and plumage features such as overall colour, breast, flanks and undertail coverts spots. Interestingly, the bird was ringed. Any kind of plumage aberration would be discarded once there are characters, as the forementioned spots, that instead of fade or vanish, appear in this individual. And the case of a mistery stint featured in Dutch Birding back in 1996 (see the 18_1 issue of Dutch Birding with the Lars Jonsson paper here ) and considered as an hybrid temminckii x minuta came to mind. McCarthy (2006) Handbook of Avian Hybrids of the World  lists quite a few Calidris ca
Publicar un comentario
Leer más
Más entradas