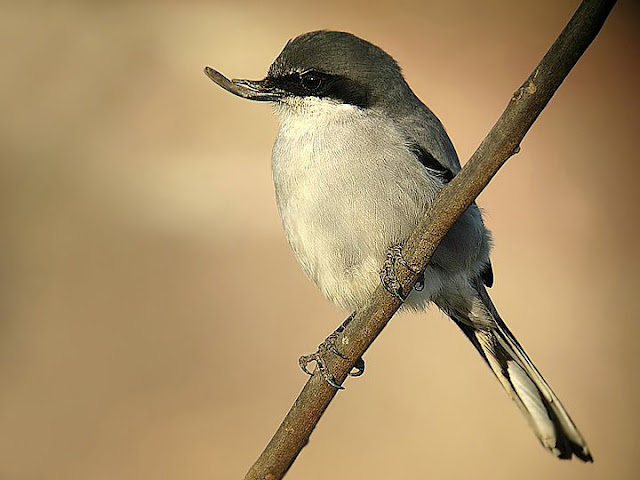 [Castellano más abajo]    Miguel Avelino Suarez, from Gran Canaria island, Canaries has sent us this amazing picture of an adult Canarian Sourthern Grey Shrike ( Lanius meridionalis koenigi ). This bird was observed in the mouth of the   Tirajana gorge , in the south of the island of Gran Canaria. This individual was first observed in 2009 and in May 2012 was already present in  the area. The Tirajana gorge is very large so any visit will not produce an immediate detection. However, the bird has been seen intermitently in the area at least these last three years . Bill  deformation in some passerines are known (e.g. in Alaska here ) and have been documented for the related Woodchat Shrike ( Lanius senator ) in Morocco ( Förschler & Geiter 2008 ). They also can occur in waders and gulls . However these deformations are often associated with a reduced bird survival ratio . In this case it is demonstrated that this huge bill deformation does no
Publicar un comentario
Leer más
Más entradas